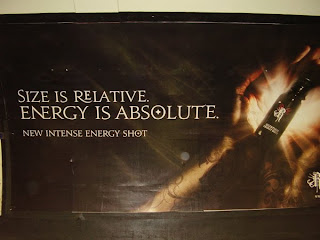 Instead, let's just enjoy the unintentional parallels with metabolic scaling. Although I'd obviously have been happier had it said 'Relative energy consumption is a function of size'.
Posted by John Whitfield at 4:57 PM No comments: